Places of Interest​ Around
​Ottringham

Can you guess where these places of interest are around the village
​plus the many historic locations some obvious some not so obvious.

Who Knows What These Are 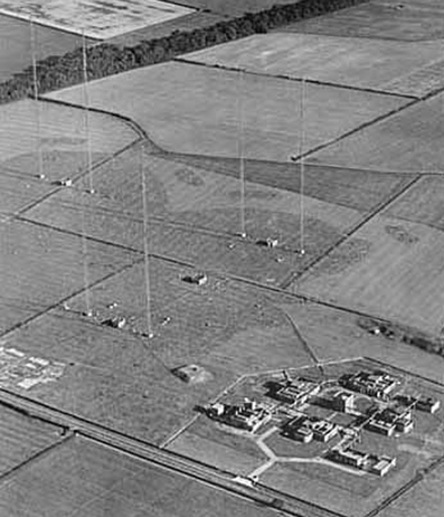 ​Few people know that Ottringham was the home of many of the BBC’s broadcasts during the war, and that its transmissions were received well into the heart of occupied Europe.
Aerial masts 500 feet high towered up in the sky. Wavelengths were often changed as they coincided with other channels, including a German built station to boost the voice of Lord Haw-Haw and marine distress signals.

Engineers manned the control room desks which were a maze of dials and switches, monitoring all the programmes, the timing of which was most important.

Until then, the BBC had been using their existing transmitter sites at Bookman's Park, Droitwitch and Daventry but this could only ever be a temporary solution while they developed a new east coast site. This consisted of a 94 acre plot with seven buildings and several 500 foot transmitter masts.

The station, which was known as OSE5, had a maximum power of 800 kilowatts either on long wave or medium wave and at the time this was the most powerful transmitter in the world. 4 200 kilowatt Marconi transmitters were installed in 4 heavily protected surface buildings, possibly with earth revetments. These were driven and fed with programmes from a 5th building (the Control Centre) while the 6th building was the Central Combining House which contained the circuits to combine 200kW at a time for the LF service to a maximum of 800kW output.

Although the station was tested to 800kW output it never run on programme to that level, 600kW being the maximum used. The station was designed to broadcast with 200, 400, 600 or 800 kilowatts with up to four separate programmes simultaneously. The forth transmitter was used to relay the Home Service (Radio 4) to the East Riding and North Lincolnshire. The final building on the site was a standby set house with 3 X 740bhp diesel alternator sets. (There was also a garage and a sub-station)

BBC Ottringham continued in service until well after the war but was eventually closed on 15th February 1953 because neither channels nor funds were available for it continue in service. The site was dismantled shortly after closure; the transmitters were moved to Droitwich where they provided service well into the 1970s, for Radio 1 and Radio 4 on medium wave and Radio 2 on long wave. They were installed in three storey buildings; the water cooling plant was below ground, the modulation and rectifier enclosures were on the ground floor, and the AF and RF stages were housed on a first floor gallery. One of the aerial masts is still in use at Brookmans Park (F1 a replacement for F mast that fell down in 1956 while contractors were working on it), the others are believed to have gone to other BBC HF sites. The site of the aerial masts has now been returned to farmland while the transmitter site has been cleared of all buildings. A new industrial unit has been built at one end of the fenced site while the rest is a storage yard and lorry park. Although the site appeared completely cleared of anything to do with the BBC, one section of the basement of the control centre remains intact.
​ 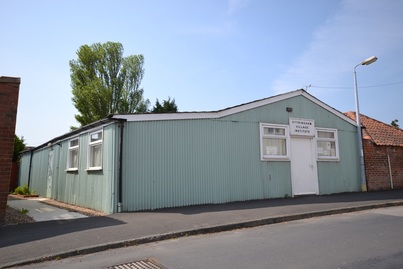 Ottringham Village Institute Corrugated iron building at the top end of Chapel Street. The institute is a charity, the object of which 'is the provision and maintenance of a village hall for use by the inhabitants of the area of benefit, Ottringham and its neighborhood without distinction of political,religious or other opinions, including use for meetings, lectures and classes, and other forms of recreation and leisure time occupation, with the object of improving the conditions of life for the inhabitants. There is a larger village hall just across New Road, but I'm not sure if this comes under the aegis of the Institute. 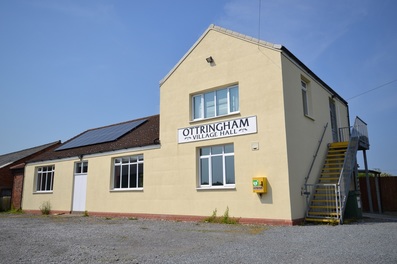 Wapentake​
​
Wapentake was the rough equivalent in the Danelaw of the Anglo-Saxon hundred. The word is possibly derived from a meeting place, usually at a crossroads or by a river, where one's presence or vote was taken by the brandishing of weapons. According to some authorities weapons were not brandished during a Norse assembly (known as a þing) but were allowed to be taken up again after the assembly had finished. It is also possible that it was just citizens who were entitled to possess weapons that were allowed to take part—an idea perhaps suggested by references in the Germania of Tacitus or current practice in the Swiss canton of Appenzell Innerrhoden.

The Danelaw counties of Yorkshire, Derbyshire, Leicestershire, Northamptonshire, Nottinghamshire, Rutland and Lincolnshire were divided into wapentakes, just as most of the remainder of England was divided into hundreds.

In Yorkshire, a Norse wapentake usually replaced several Anglo-Saxon hundreds. This process was complete by 1086 in the North and West Ridings, but continued in the East Riding until the mid 12th century.

In some counties, such as Leicestershire, the wapentakes recorded at the time of Domesday Book evolved into hundreds later on. In others, such as Lincolnshire, the term remained in use. Although no longer part of local government, there is some correspondence between the rural deanery and the former wapentake or hundred, especially in the East Midlands, the Archdeaconry of Buckingham and the Diocese of York (see, for example, Beltisloe or Loveden).

White (1882), Directory for Lincolnshire, p. 94 described the wapentakes as "now of little practical value". Their potential functions had been taken over piecemeal by other units such as electoral districts, Poor-Law unions and so on.

The term ward was used in a similar manner in the four northern counties of Cumberland, Durham, Northumberland and Westmorland.

In Wales the hundred replaced traditional units such as the cantref or cantred (meaning 'one hundred settlements'), or commote. Irish counties were divided into baronies.
​